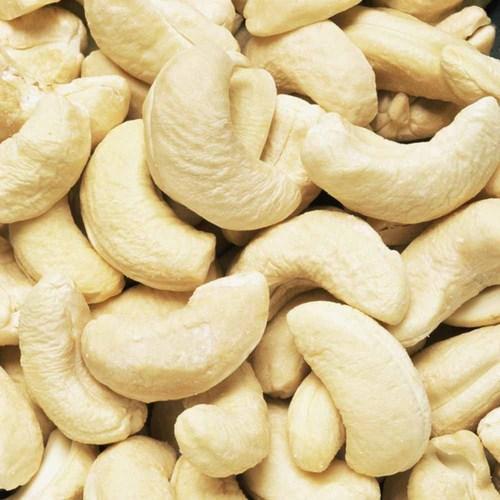 Cashews originate as cashew fruits; the shell of the fruit is taken off and the thin skin peeled off from the nut inside before we get the kernels we call cashew nuts. Thus, raw cashews refer to the cashew fruits as they appear on the trees, and the proper term for cashew nuts is cashew kernels. The cashew nut is a popular snack, and its rich flavor means that it is often eaten on its own, lightly salted or sugared. Cashew nuts are sold covered in chocolate, but due to their higher price compared to peanuts and almonds, cashews are not as common in candy except from higher quality manufacturers. The cashew nut kernel is constituted of three different portions - the shell, the kernel and the adhering testa.

The primary product of cashew nuts is the kernel, which is the edible portion of the nut and is consumed in three ways :